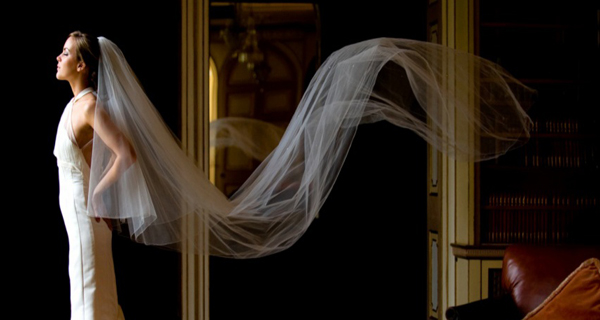 Do you plan on wearing a veil on your wedding day? I’ve spoken to many brides-to-be who have told me different things when it comes to a wearing veil with their wedding dress. Some say it’s a tradition in their family. Others say they don’t see a point in wearing one, or they wouldn’t want to because it would cover an intricate design on the back of their dress. So what’s the point of a veil anyway? And is there really a tradition of wearing one?

There are many traditions of wearing a veil.  Research shows a veil means something different based on cultures and beliefs. According to howstuffworks.com, a bride wears a veil to be hidden from evil spirits because she’s vulnerable. Maybe it’s called a veil because it conceals a face. Roman brides wore flame-colored veils to scare off spirits. A veil can also symbolize “humility and respect before God during a religious ceremony.” The Victorians saw the veil as a status symbol, where the weight, length, and quality of the veil truly mattered.

According to veilubridal.com, some say the origin of the veil comes from arranged marriages.  To keep the groom from backing out of the agreement, the veil would be lifted after the ceremony. Some say the veil was worn to symbolize a bride’s submission. In medieval times, a veil would be used to protect the bride from “the evil eye,” and it symbolized “purity, chastity, and modesty.”

In movies, we see brides and grooms say goodbye before their bachelor and bachelorette parties, because they normally wouldn’t see each other until the wedding day. I can picture a scene in a movie where a groom tries to see his bride in her dressing room only hours before the wedding starts, but her bridesmaids are all shooing him out because “it’s bad luck to see the bride before the wedding ceremony.” Sound vaguely familiar? Well, that tradition could also be another reason to wear a veil, according to timesdispatch.com.

Enough about the history. You know how a veil works, right? According to The Knot, it’s traditional to wear a blusher-style veil when you walk down the aisle. What’s that? It’s one of those short veils that covers your face. It can be lifted by your father (or whoever walks you down the aisle) before they leave your side, or either your maid of honor before the final vows or your groom after the final vows. If you don’t want to wear a veil over your face, you can always wear it away from your face.

So what kinds of veils are there? According to timesdispatch.com, like the blusher, a flyaway is another short veil which falls at the shoulders. A sweep veil, in contrast, falls to the floor. Chapel veils and cathedral veils trail behind the bride about 9-12 feet. A fingertip veil hits the bride’s waist. Now, with all that in mind, “many wedding attire consultants suggest choosing the gown prior to the headpiece and veil.” It may be easier to find a veil to go with your dress rather than the other way around.

Still not sure whether or not you should go with a veil on your wedding day? If it doesn’t mean something symbolic to you, consider other reasons to wear one. Does it frame your face well? Is it a great final touch to your wedding dress? Will it work with an outdoor wedding if it’s windy? Will it ruin your hairstyle? Is it detachable for easy access if you want to hit the dance floor right away? Will you have one that’s a good length so you won’t trip on it? Do you feel comfortable in it? At the end of the day, it’s YOUR wedding, so you should do what YOU want! Here are a few examples of different veils.  Don’t forget to do your veil research!

One thought on “To Veil or Unveil?” 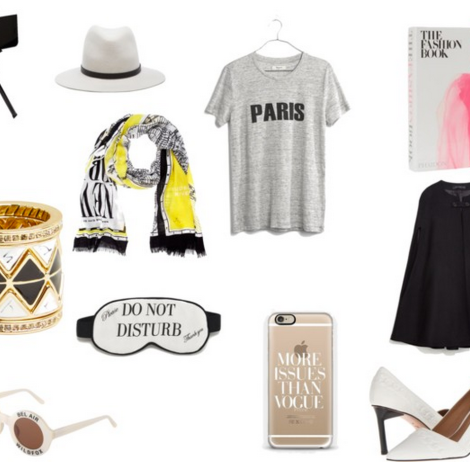 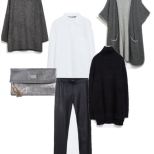 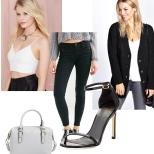 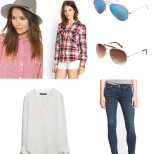 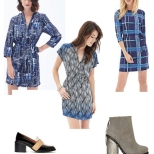 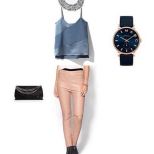 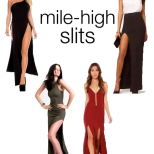 Created on the StyleChat app

Created with the StyleChat App. 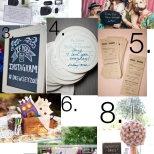 Created on the StyleChat App. 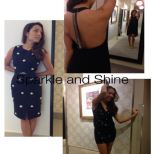 Created in the StyleChat app 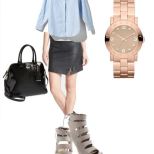 Recreated with the StyleChat App.

Back to School Looks 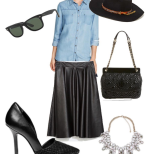 Created with the StyleChat app. 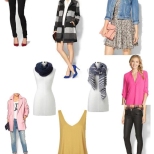 Created on the StyleChat App